I am sitting here thinking it is  time I put something on my blog since I haven't in 4 weeks.  (I have been preoccupied with travel plans thanks to a very unexpected opportunity to go to Ireland for 2 weeks... Yes, I am excited!) As I try to dredge up anything creative or clever, all I hear is a resounding echo of empty space. Then my thoughts turn to the movie I just watched, Bernie.

For those of you who have not seen or heard of it, it is a movie set in rural East Texas about 45 minutes from where I live, 20 minutes from where I grew up, and a couple of the characters are actually from my home town (including Bernie at one time).  Jack Black plays Bernie, the title character who was a beloved small town mortician who befriended an unpopular widow, played by Shirley MacLaine, and eventually murdered her (this is a true story by the way; I recall hearing about it on the news back in the day and being appalled that such a thing could happen around here). Matthew McConaughey (also a local boy) plays the D.A.  Although it is a tragic story, the peculiar events and small East Texas town charisma made it well-suited for a dark comedy.  I have to say, I found it entertaining, feeling a bit guilty all the way through about laughing under such circumstances (it is after-all a horrible and tragic event) . In my own defense, the humor for me was in the portrayal of my fellow East Texans (it is filmed as a docudrama and features actual East Texans portraying townspeople and being interviewed about the incident and characters).  Although it comes across as somewhat of a caricature, I "recognized" so many of the characters and personalities I have grown up knowing.

I think what struck me the most was the sheer amount of figurative language we in East Texas tend to use.  Having spent my entire life in Texas, I am not sure if other areas speak this way also.  (Let me know if you do).  Then I thought of my poor language impaired kids and those on the Autism Spectrum who have so much difficulty understanding figurative language.  How difficult it must be for them living in the midst of a figurative language mecca!

On that note, I thought it would be fun to run through a few of the sayings from the movie (at least the ones that are suitable for repetition; many East Texans are fond of colorful language):

Expression: Explanation
Here is a nice article in Texas Monthly offering up a bevy of slang terms often heard in Texas. http://www.texasmonthly.com/1000-01-01/webextra35.php

Here a few I like from the article:
Truth be told, it seems like an "anything goes" proposition for figurative language in Texas; many sayings seem to be made up on the spot.  I guess that means we are pretty proficient at analogous thinking, outside of the box, in humorous and colorful ways... 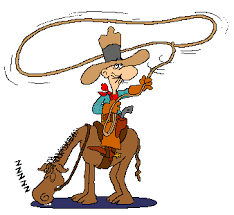 Well, it is time for the chickens to roost so I need to be blowing out the candles and hitting the hay to get some shut eye.  Don't let the screen door hit you on the backside.